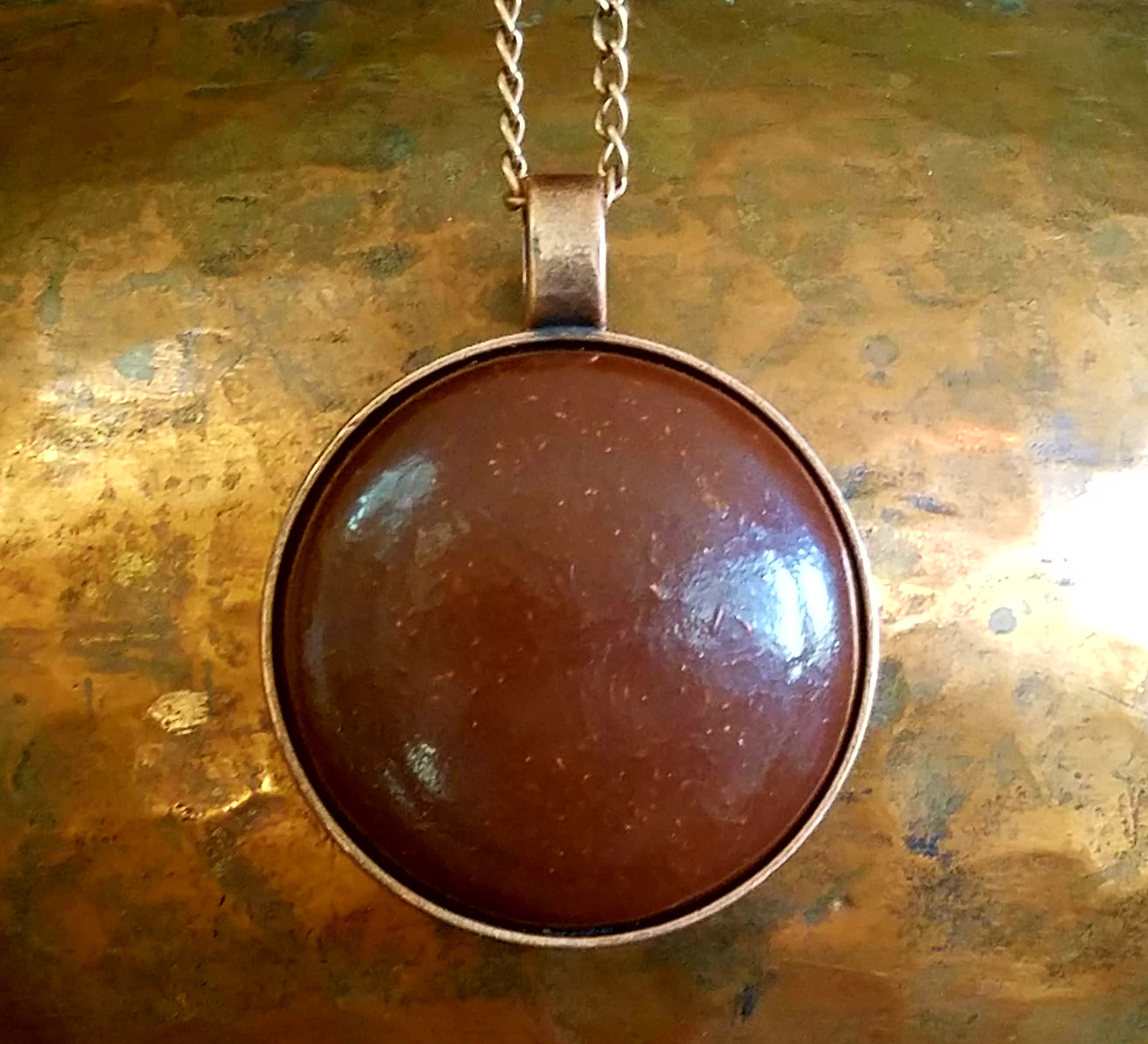 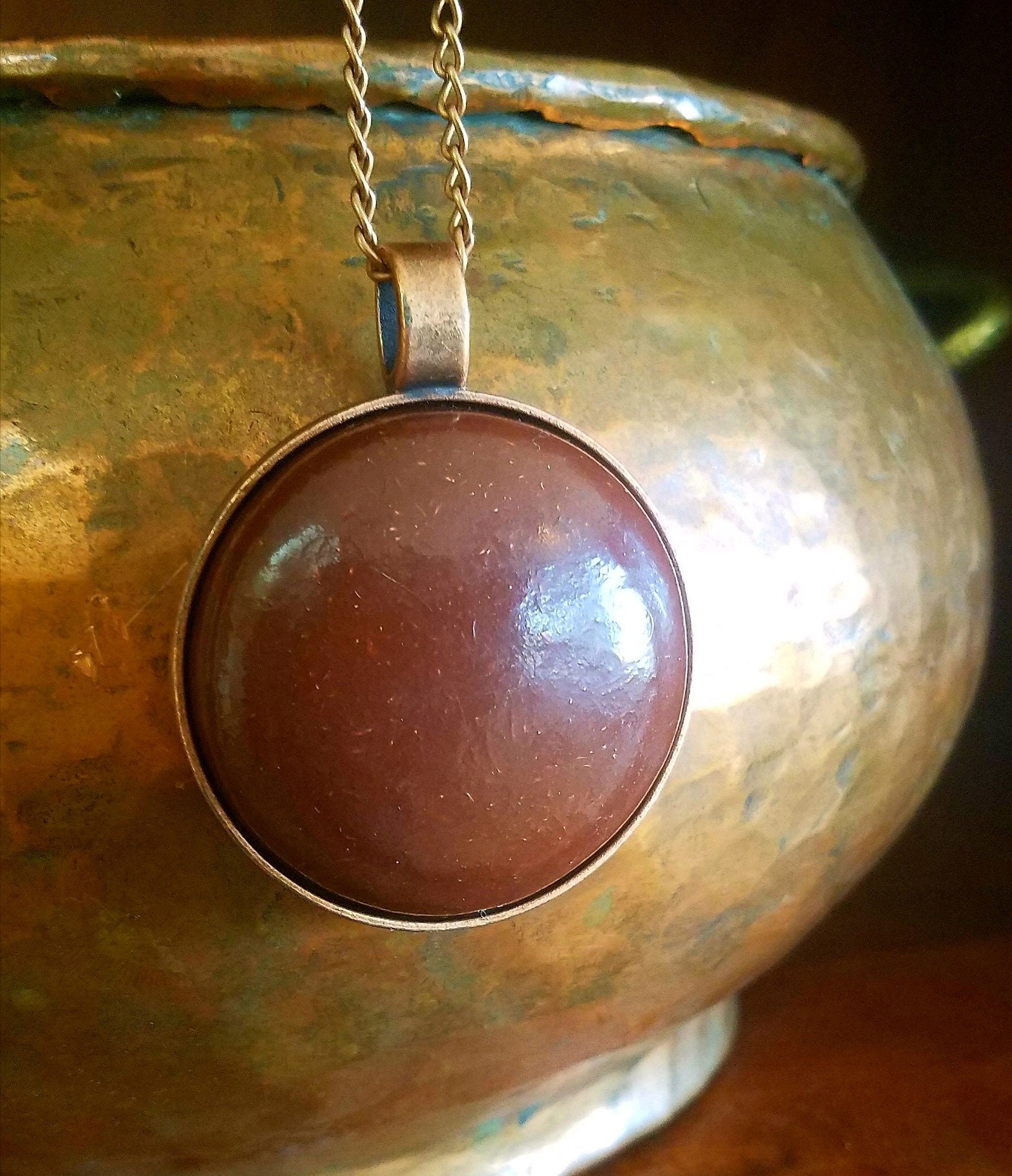 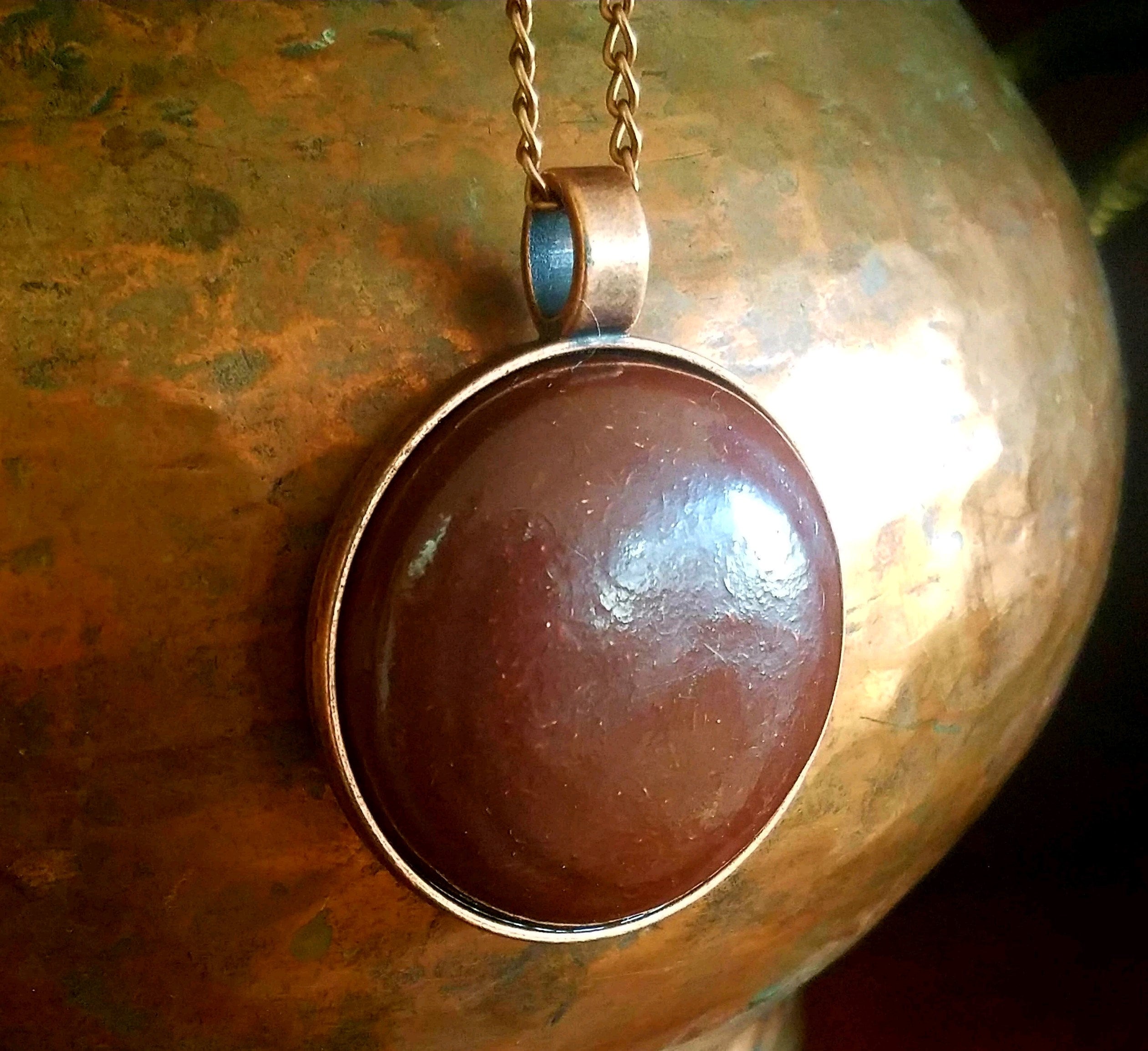 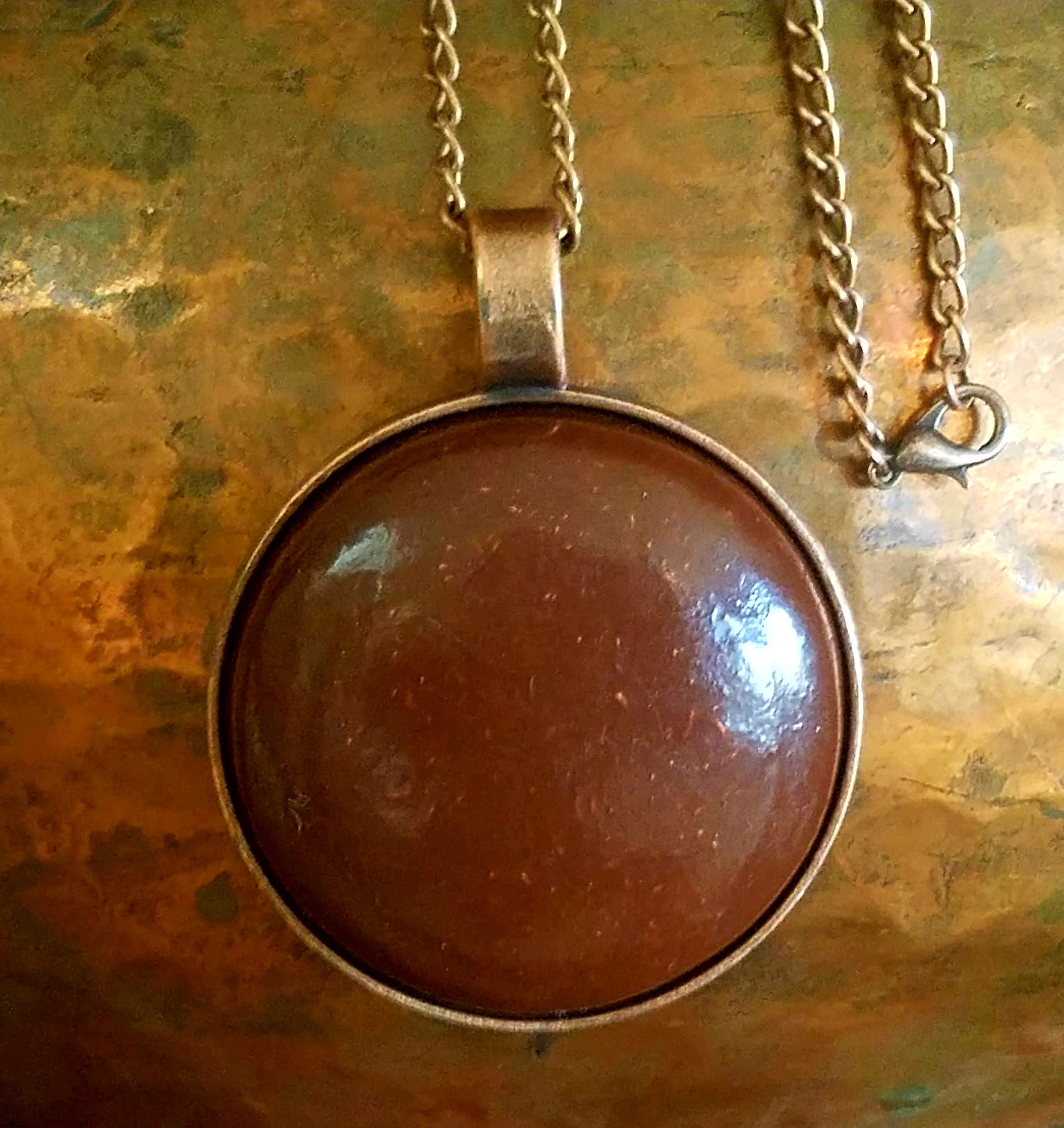 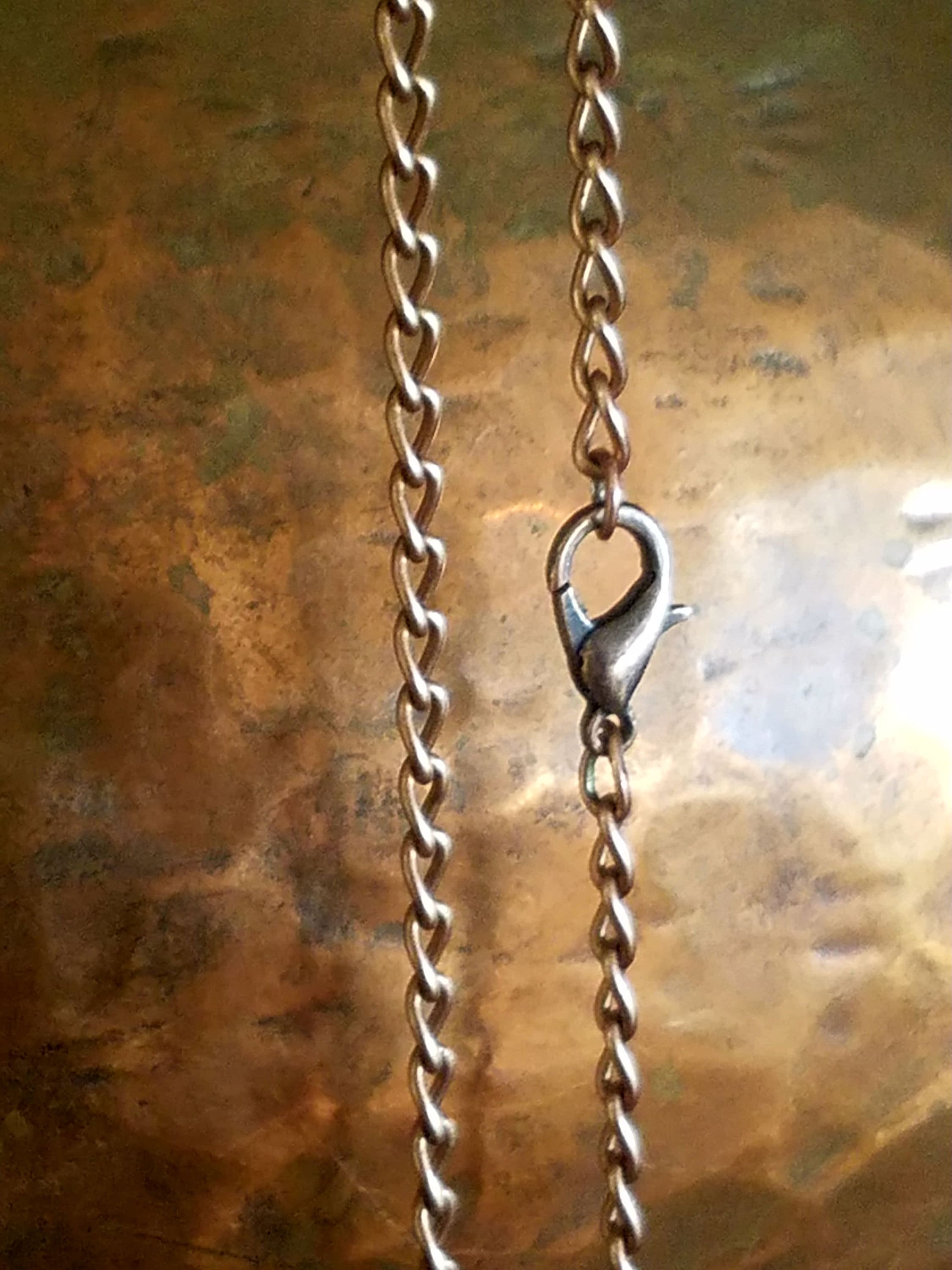 ✧ Our "Sedona Vortex Blend" is mixed with a polyester resin to harden our Pendants and to squeeze our Crystals creating a piezoelectric effect. This makes our Necklaces VERY POWERFUL!

✧ We add a Copper Spiral to help Boost the flow of the Energy Vortex . The harmonic frequency of 7.83 Hertz, The Schumann Resonance, is played while the Pendants cure. A Matching 24" Copper colored Necklace with 3x5mm twisted oval links is used to secure this heavier orgone pendant for a classic look and comfortable feel.

✧*Always a bonus added! *✧
___________________________________________________________
The Rose Quartz absorbs Negative Energy (DOR-) and transforms it into Positive Energy (+POR), but it must be cleansed to continue its healing "Unconditional Love" qualities. The Shungite and Tourmaline have continuous self cleansing qualities keeping the Rose happy and continuously cleansed. We Chose to use this combination of Rose, Shungite, and Black Tourmaline for endless positive energy. The Clear Quartz further AMPLIFIES this Energy adding more POWER and STRENGTH to our pendants, additionally, we charge our crystals in the sun. The vortexes in the red rocks of Sedona are swirling centers of subtle energy coming from the surface of the earth, which can be either masculine or feminine. A vortex is believed to be a special spot on the earth where energy is either entering into the earth or projecting out of the earth’s plane. These vortexes intensify everything and that makes Sedona an enormous amplifier. We chose to include Red Jasper because it compliments the Red Sand by balancing both male and female energies from the Sedona Vortex, It also balances the Chakras. Rose Quartz also brings the Chakras into harmony and helps balance the two dynamics of the Universal Life Force, Yin and yang. The Black Tourmaline has a variety of grounding and protective qualities complimenting the high vibration of the Amethyst. This strategic combination of Crystals work in harmony balancing our energies and protecting us from harmful Electromagnetic Radiation. A handmade Copper Spiral is added to help Boost the flow of the Energy Vortex. Our Pendants are cured surrounded by Orgonite®, while harmonic tones and frequencies, specifically, the Schumann Resonance at 7.83 Hertz is played. It has been said that there is an amplification of the vortex phenomena with the Schumann Resonance.
___________________________________________________________
Electronic devices that have become a part of our lives causing an excess amount of positively charged ions. This excess of positively charged air molecules creates an Electro Magnetic smog that fills the air. This disrupts the balance between the positively and negatively charged particles in the air and causes many ill effects. Don't let the word Negative fool you, negative ions are good for you! Negative ions, known as Anions, restore and neutralize air quality and can be used to treat illness and improve health.

Red Jasper is an opaque, micro-crystalline variety of Quartz with large, grainy crystals rather than the fibrous layers of Chalcedony or Agate. It is considered a stone of protection throughout many ancient civilizations, it is known as the Stone of Endurance, a gentle, but vital, stimulator of chi, or Life Force, bringing physical strength and energy, stamina, focus and determination. It can neutralize radiation and other forms of environmental and electromagnetic pollution. Some Native North American tribes called it the blood of Mother Earth. The stone is red from is high iron content, it connects us to the Earth energies to make a deep connection with Earth spirits and guardians of the leys and sacred sites. This connection is one of the main reasons why we chose to use it for our Red Rock Sedona Vortex Blend.
___________________________________________________________
SPECIFICATIONS:

Super lovely product. Shipping was perfect even overseas. I wear this almost every day. Thank you 🙏

Beautiful Orgone piece. Looks exactly as described. Andy always ships fast and sends you a little something with it. Love it. Great seller

Wow! This is a really nice and big pendant! I love it! Thank you for the extra gifts and super fast shipping!